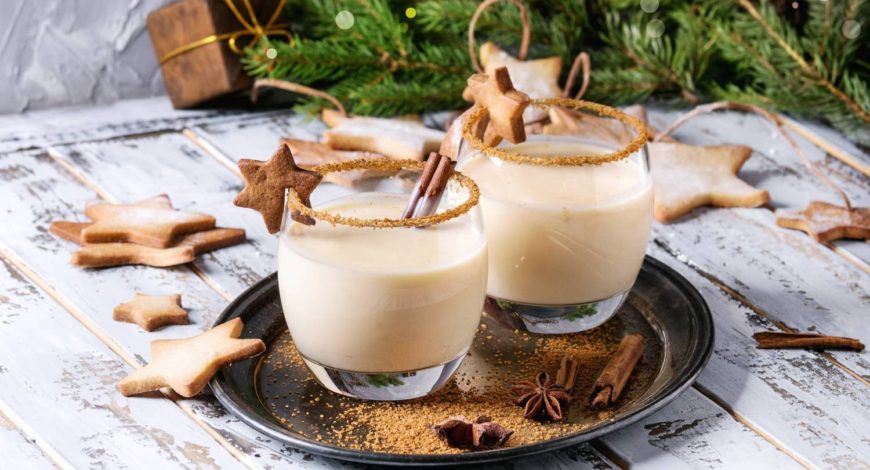 The history of eggnog takes it back to medieval Europe where a drink made of hot milk, spices and wine called “posset” became notable in Shakespeare’s Macbeth when Lady Macbeth drugged the guard’s posset. It later made its way across the Atlantic ocean where it was famously enjoyed by George Washington, whose own recipe included brand, whiskey, rum, and sherry.

While there are many ways to create and enjoy eggnog, here’s our variation of this popular festive drink!