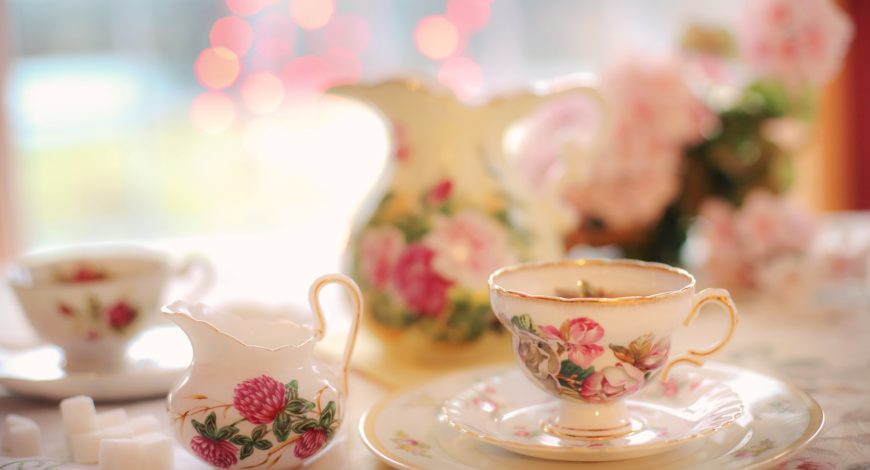 Make a Magical High Tea with these 6 Gorgeous Recipes

As beach games and evening BBQs become less appealing in this quickly chilling weather, consider filling that void with a lovely afternoon tea. Sipping hot drinks and snacking on finger favourites is the perfect way to catch up with friends without catching a cold.

When you think of afternoon tea, you may conjure images of lace doilies and high-collared dresses, but the true spirit of this grand affair has always been about connecting with people over a light yet satisfying meal. 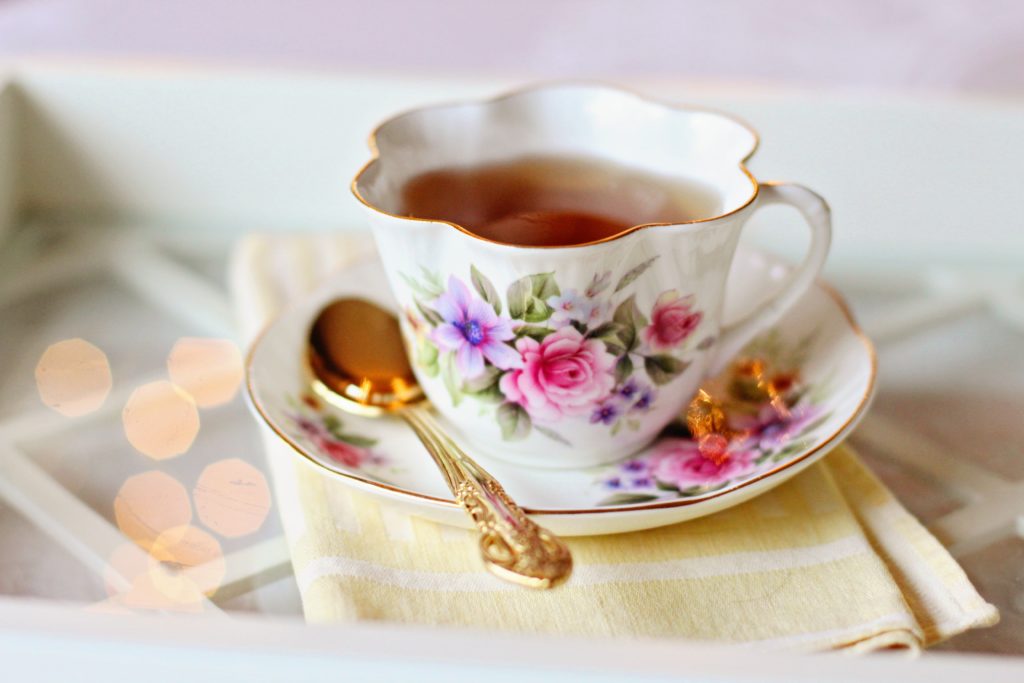 Where it all began

While the origins of afternoon tea and high tea became the new norm in Victorian England, tea, the drink made from tea leaves, was introduced in 1662 from Portugal when Catherine of Braganza, a Portuguese royal, married Charles II. The tea she brought with her as dowry was quickly incorporated into the court as an official beverage. It was a rare luxury so well-suited to the upper echelons of society. That hailed in the beginnings of the East India Trading Company, which gifted Catherine tea leaves from China to appease the king and seek privileges. The afternoon tea ritual, however, has different origins.

Anna Russel, the 7th Duchess of Bedford and one of Queen Victoria’s close friends, is credited with starting the tradition of afternoon tea. In Victorian times, meals were only served twice a day – breakfast in the morning and dinner around 8 o’clock. That left a long time between meals. Anna would start feeling poorly around 4 in the afternoon and complained of “that sinking feeling” if she didn’t eat. (Us too, girl.) 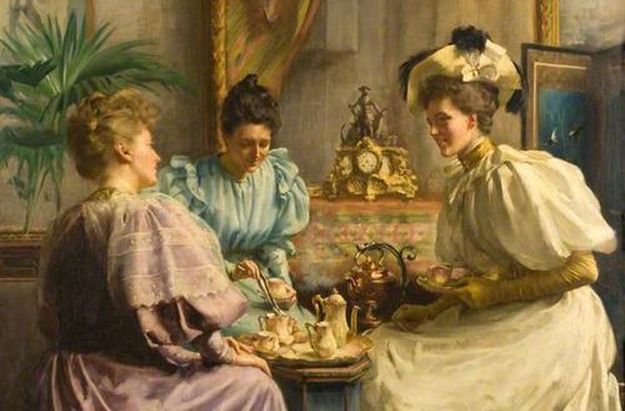 So, she started having a pot of tea, bread and cakes brought privately into her bedroom in between main meals. Pretty soon, she began inviting friends to join her in her secret ritual, eventually moving her snack time from her bedroom into the gardens.

As more and more people became aware of the practice, the concept of “afternoon tea” was officially born and it became a staple of high society in the early 1800s.

The history of High Tea

Traditional ‘high tea’, on the other hand, had more humble roots. In fact, it was not even close to the fanciful high teas popular today and was known as a meal for the “common people”. As the industrial revolution reached its peak, day labours would come home from their jobs feeling hungry long before dinner was set to be served at 8pm. Tea cakes and finger sandwiches were not filling enough after a hard day’s work, so a pot of tea and a heartier snack like meat stew and bread was a more preferable solution. Yep, that’s meat pies and bread! 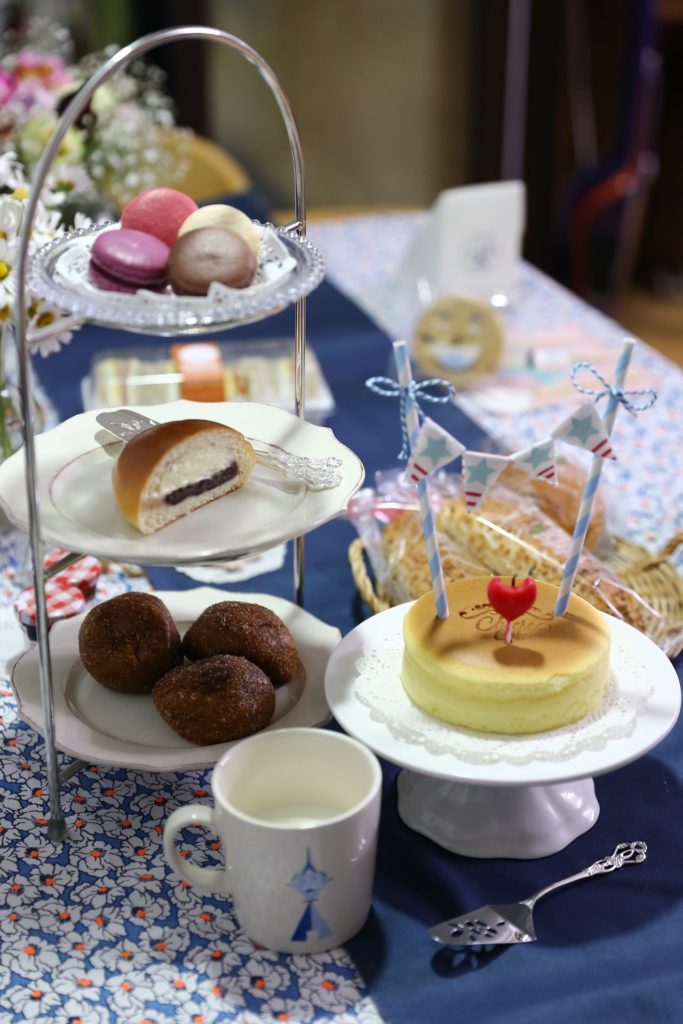 Get your High Tea game on point!

Today, this distinction doesn’t mean much to most people. So, as you’re planning your own afternoon/high tea, don’t be afraid to break with tradition and add in your personal flair!

Dig out your grandmother’s old frilly teacups and mix them with modern dishes and decorations to tone down the formality. Or, choose a fun theme for your tea like 70’s chic, classic Hollywood, or rustic nature.

Whatever your aesthetic, we at Almond Breeze have a gorgeous collection of recipes here to help you with the most important part of afternoon tea: the finger foods. Plus you don’t have to have tea at all. Our chocolicious Almond Breeze Chocolate almond milk makes a gorgeous beverage topped with whipped cream and grated dark chocolate. Or heat it for those cooler days to make a delicious hot choccie you can load with marshmallows.

Fab food to incorporate into your High Tea

Start off with savoury Mushroom & Spinach Quiches and our easy Avocado, Egg and Tuna Salad Sandwiches. Savoury foods are always popular in high tea while people eye up the sweets to follow.

Heavenly tips for a happy day

Your guests will want to try all of the gorgeous food you have so keep portions small by swapping out pie dishes for muffin trays to make mini quiches and pies, and using mini muffin trays for smaller cupcakes and varying the decorations for extra WOW. Make the Citrus Delight in small ramekins (of course varying the recipe instructions with shorter cooking time!).

You can also make dainty finger sandwiches by pressing and cutting full-sized sandwiches into triangles or small rectangles and removing the crusts (which can then be fed to your local bird friends).

In the end, your afternoon tea could be as simple as couch cushions and coffee mugs or as extravagant as gowns and fine china. But as long as you’re with people you love, you’re doing it right!